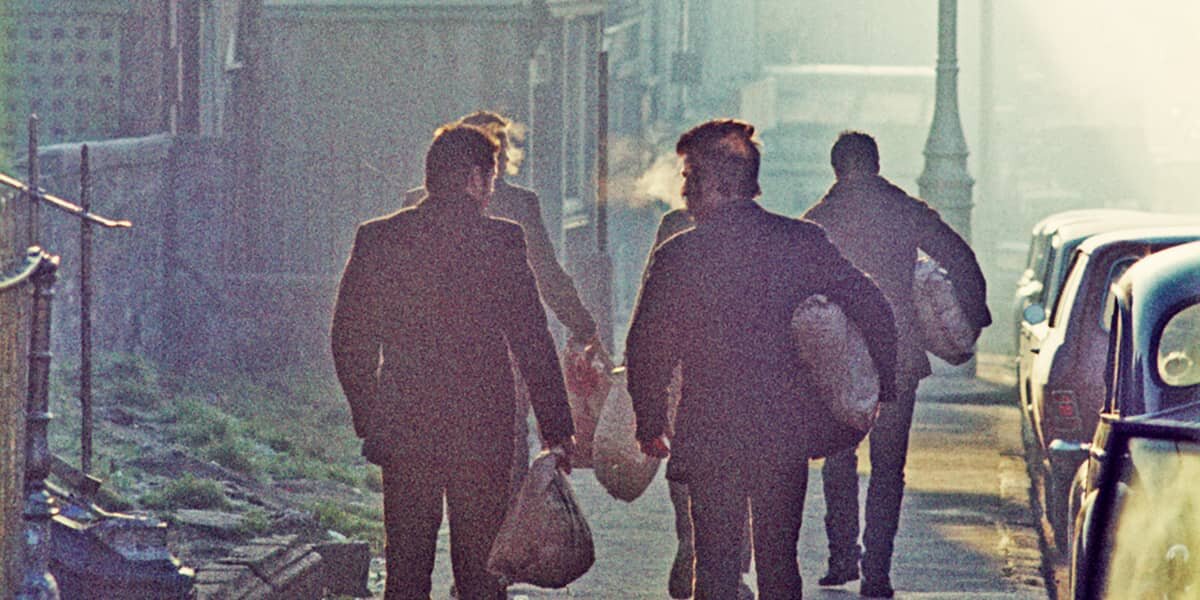 “And the bare bones of a fanlight
Over a hungry door”

From ‘Dublin’ by Louis MacNeice

A little girl poses on a bicycle in Blackpitts. A man helps Gardai with their enquiries. Another man shows off his songbirds at the Bird Market. These glimpses of urban life were among the photographs that featured in an exhibition in the museum in summer 2021.

The exhibition is not a celebration of the city it reveals; there is little room for glibness in these accidental revelations. Nor is the show presented with any great ceremony.

In depicting the lived experience of Dubliners, our original hope was that this exhibition might have a nostalgic appeal. It became something more complicated, reflecting the Dublin of Bare Bones as a place full of humour and incident, but also a town that seems bound to the past in ways that are not particularly flattering.

If the show had a theme, it was the stickiness of deprivation, for the streets of a city do not lie; sometimes they are where people go when feeling unwelcome elsewhere. So that man is looking for work. Another shifts coal. Those kids are truculent rather than cute, they refuse to pose for the camera. And look! That woman would have you returned to the arms of Jesus.

You probably know her face. You may even know her name.